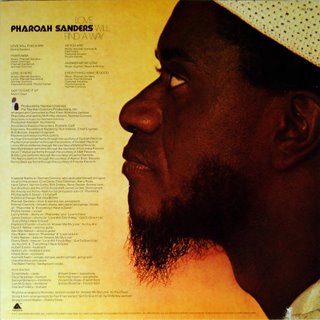 Way back in december last year I reviewed Pharoah's 1976 LP 'Pharoah'. I noted that it was, by and large, a laid back funky slice of post free-jazz that was worth a listen. One well-known track on this album is 'Love Will Find A Way', and this is the name of his 1978 album on the Arista record label.

I don't know if it's the major label influence, or the march of time (remember that other ex-free jazzers were mellowing around the same time - like this and this), but this is Pharoah's most commercial album so far. That is not a criticism - in fact there is plenty to enjoy here. The first track to grab my attention was a cover of Marvin Gaye's soul hit 'Got to give it up'. It's in no way free-jazz, but what it is is tight and funky. It's more of an ensemble piece than a vehicle for Pharoah's blowing - the horn and rhythm sections play incredibly well here. Pharoah comes out for pretty much only one solo, but rather than breathing fire he chooses to express his energy inside the groove and comes over a bit like Maceo Parker. Only in the dying seconds of the track are some trademark squeals heard, as the music fades. It's as if Pharoah was placing his free days firmly in the past.

Elsewhere, most of the tracks have a latin feel, with smooth production and female vocals giving them a real mainstream feel. Again, that's not a bad thing. There's still some of the meditative quality that was to be found on Pharoah - especially on the title track. It's been radically rearranged since 76's simple format - all lush strings and heavenly choirs, but Pharoah takes a solo that is so heartfelt that you are immediately reassured that his new commercial style is in no way a sell out. Also good is 'Pharomba', which is reminiscent of some of Gato Barbieri's impulse! recordings from the early 70's. I've always thought that the Argentinian tenor comes across like a latin Pharoah Sanders on some of these recordings, and here Pharoah does exactly that.

By the way, the image above is of the rear sleeve. I love that photo, since seeing it on the cover of a recent double album retrospective of Pharoah's work titled 'You've Got To Have Freedom', which I have reproduced below. I haven't bought the album as I've got pretty much everything on it already, but if you're new to Sanders' music then it would be a very good place to start. 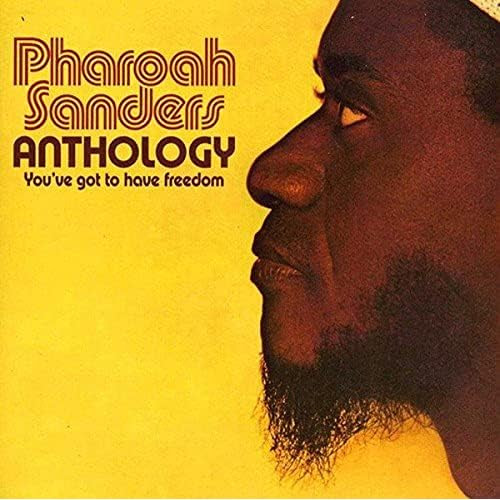 Posted by Anonymous at 9:37 AM

How to seduce women said...

If anyone is looking for an awesome online dating website check out Flinghotties.com its free to join and totally got me laid haha

I particularly enjoy to listen to Coltrane's "Live at the Vanguard." He is very creative in his soloing on this album.