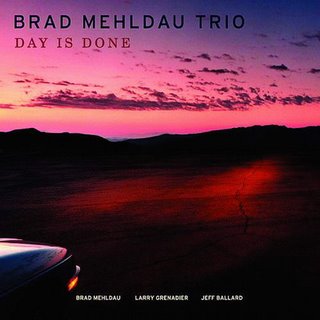 The Bop guys had no problem in plundering contemporary popular music for source material, so it's a mystery why many players keep on rehashing the same old stuff in the 21st century. I mean, bop happened 60 years ago - a lot of water has gone under the bridge since then, including the whole rock era - so why is it still odd for a mainstream jazz artist to dip their toe into music written after 1950?

That might be a bit of an exaggeration, but it's certainly a thought that comes to mind when listening to 'Knives Out', the opening track on this, pianist Brad Mehldau's 13th album. Released in 2005, the album is one his most energetic, as evidenced by the opener. In the hands of Radiohead it was yet another piece of minor-chord introspection, but the unusual chord structures make a fine vehicle for solo improvisation. The tension in the harmonic structure of the piece is palpable from the off. Mehldau plays it pretty straight to begin with (if that is possible) before shattering preconceptions in a sustained and intense bout of soloing that lasts for most of the track's 8 1/2 minute length.

It's a hard act to follow - the highlight of the album in many ways - but there is much to enjoy later on. The two Lennon-McCartney compositions come off well - 'Martha My Dear' is pretty much dismantled and put back together again in a virtuoso solo piano performance, while 'She's Leaving Home' is pleasant enough, in keeping with the original's wistful mood. Paul Simon's 'Fifty Ways To Leave Your Lover' also gets the dismantling treatment, though this time it's a group effort with Meldhau and the rhythm section sparring on the theme for much of the piece.

Jeff Ballard on drums is worth a mention. His playing is satisfyingly complex, driving and polyrhtymic at the same time. It's a particular joy to hear him playing quietly, tapping out ever-changing rhythms on the hi-hat, or gently using brushes. He doesn't get a lot of solo space, but all that needs be done is to focus on his playing at any point to hear his improvisational qualities.
Posted by Anonymous at 9:25 PM 3 comments:

Apologies if you've been trying to listen to the Radical Reconstructive Surgery track on the radio player. For some reason that I can't seem to fathom it's playing at the wrong speed. You'll have to mentally convert it from 45rpm to 33 1/3 rpm for now, until I can get to the bottom of this.
Posted by Anonymous at 10:20 AM 1 comment: 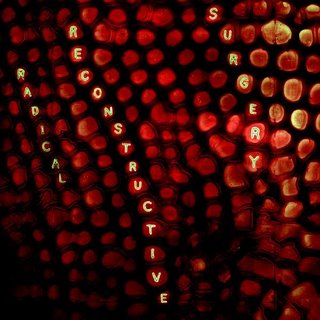 This was a bit of a random purchase, but a good one all the same. It's even more surprising when you consider the background to the record. Scott Harding (aka Scotty Hard, aka Radical Reconstructive Surgery) is a Canadian born producer who spent the 80s and 90s working with some of the biggest names in hip-hop, including Biz Markie, Cypress Hill and Wu-Tang Clan. Some of that influence percolates through into his latest release on the independent Thirsty Ear label.

He's gathered together a simmering collection of talent including keyboard maestros John Medeski and Matthew Shipp. The coming together of sequenced, often heavy beats with jazz virtuosity is beautifully balanced and goes way beyond any ideas you might have about 'jazz-rap' production from previous excursions into the genre. There's a real sense of flow to the album - the tracks have been sequenced carefully to give the impression of listening to a single, constantly evolving piece of music. Opener 'Primray Humor' and the following 'St. Clare's Hospital' layer big hip-hop beats over abstract electronic sounds and some amazing piano work courtesy of Shipp. As the album continues the pace gets less frantic, the beats die down in intensity, and the funky hammond of Medeski gets a chance to shine - first dirty, as on 'Eclipse', then bluesy and funky on 'Apothecary's Cabinet'. The arrangements are constantly challenging - the beats might be sequenced, but we're not talking four-to-the-floor here, intricate rhythmic patterns are augmented and lightened by live drums and bass.

Standout track on the album, though, is the closer, 'Round 2', which sounds as pugilistic as it's title would suggest. A mid-paced grinder, it sees John Medeski playing some seriously dirty hammond, which is then further processed into a staggering wall of sound that bombards and delights in equal measure. This record really does sound like nothing else out there at the moment. It's another example of jazz innovation that totally does away with any association with bop or it's many offshoots, free-jazz included. It's still high-quality, cleverly constructed improvised music, simply with a different set of influences than those that Bird had in the late 1940s. To paraphrase Miles, 'It's about time'.
Posted by Anonymous at 6:47 AM 1 comment: